"It is important what you see. Art is about the conversation you are having."
"Watching the sky for portents
I fly through holes in the universe
Made by the motherchild of creation
I land to be carried by wisdom turtles
To where the sleeping bear awakens"
- Quote from a Dallas street artist named Roddy
about the work of D YaeL Kelley ​ 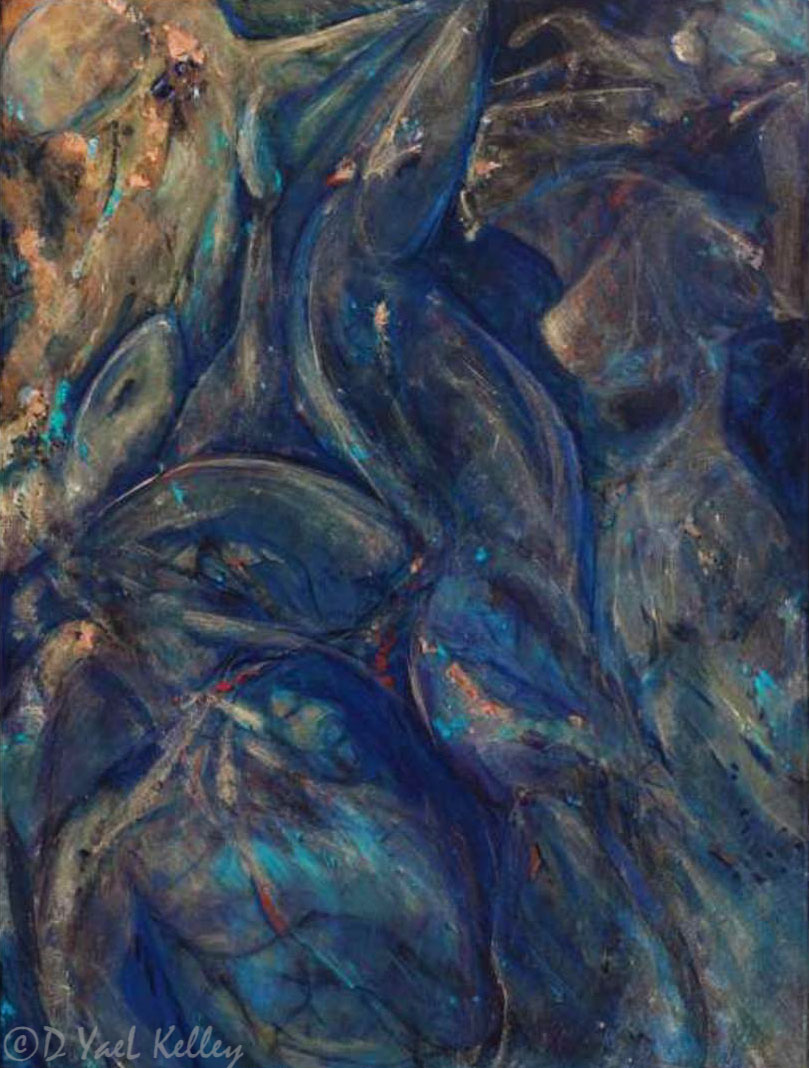 RESONANCE - an ekphrastic
A Life in Four Stages
Stage Four
It’s been a long time since.
Looking back from her days of wisdom and renunciation,
She remembered she was conceived in difficult times
And in a difficult way under a galaxy-filled sky that should have been beautiful.
Stage One
An instar, she thought, in a state of radical change.
Life in liquid suspension.
A slice of life force, possibly halted, possibly hated, but (was) instead permitted life. Cells
fighting to come together, dividing.
Becoming.
More alive with each look, with each emotion, with great possibility.
Stage Two
She discovered herself, letting loose of all control, throwing it out there.
Turning herself over to adventure and discovery.
Not easy in her time.
She may have looked normal from the outside but she wasn’t - normal, she thought, she knew,
on the inside.
Stage Three
She dedicated and contemplated herself and the tumultuous world.
Turning herself over and over for new perspectives.
(At once and again cellular and mobile in a liquid base, internally competing.)
Maturing.
The Wrath she had felt since becoming aware of herself,
That Wrath which she was feeding,
She instead found to be her grace, and in fact, her survival.
Her Exultance!
Turning her thoughts to Kahlil Gibran and his quote that has stood the test of time…
“Keep me away from the wisdom which does not cry, the philosophy which does not laugh and
the greatness which does not bow before children.”